Life is in the business of doing business. Nothing is wasted. Everything gets recycled. The manure of one specie is manna for another. Nor does life have any chosen specie, human or otherwise. It is in relentless pursuit of itself. It wants nothing other than to continue. It rewards those life forms that, either wittingly or instinctively, act in ways that facilitate its continuance. Those who intentionally, and with malice of forethought, break the cycle are eventually –indeed inevitably- phased out.

The furry little creature with the short round ears and beady eyes, picture above, is the rarely-seen Red-backed Vole. Its natural habitat stretches from British Columbia to mainland Newfoundland. It also calls the northern United States, from the Rocky Mountains to the Appalachians, home. They can grow to a length of just over 5 inches, including their tail. They weigh between 6 and 42 grams (0.212 oz. - 1.48 oz.). They eat insects, seeds, grains, nuts, flowers, root, bark, lichens, and fungi. They live in mossy, cool, coniferous forest, with stumps, logs, or brush piles used for nesting. (Nature Mapping Animal Facts, n.d.) And while population densities seem to be fairly stable at 60 per hectare, they, like every other specie on the planet, are under stress, particularly from clear-cutting. Nevertheless, the scarcity of sightings of the microtine myodes can more likely be attributed not to a shrinking habitat or even predation, for that matter, but, instead, to the fact that they, in pursuit of food, burrow throughout the day and into the night. Their diet consist primarily of the sporocarps of mycorrhizal hypogeous fungi, including lichens and truffle; add some seeds, berries, an arthropod or two, and you have what might be considered the omnivorous vole’s version of Christmas dinner.

If Christmas Trees Could Talk

In all but seven of the last fifty-three years trees with names like Douglas, Fraser, and Noble have been chosen to stand, primarily in the Blue Room of the Whitehouse, as the nation’s Christmas tree, fir trees, oftentimes lavishly latticed with lights and ornaments reminiscent, at least in the eyes of this author, of the network of roots and feeder roots on which it relied for nutrients including water, before being selected for duty in “the people’s house. In fact, a tree’s root system is as essential to the processes of photosynthesis as its leaves. (Perry, 1989) As well, there is, perhaps, another lesser known, albeit no less important, mission-critical role roots play in the life of a tree. As it turns out, trees, much like human beings, need to be connected to other trees and plants in order to enjoy optimal health and well-being. The tree’s roots are its central nervous system, the fibrous optic cable, over which it communicates with other plantae in its ecosystem. And just like the dendrites of nerve

cells that branch out to connect the synapse of one cell to that of another, in most species the woody conduit is covered with so-called root hairs that provide a similar service. Fir trees and their coniferous cohorts, including the white pine, however, may not have root hairs. They may, instead depend on the mycorrhizal hypogeous fungi living in and on its roots, fungi found in the excrement of flying squirrels, black-tailed deer, deer mice, and yes, our local, resident red-backed voles. Requiring a mere one hundredth of the nutrient energy as would be needed for root building, these mycorrhizal hyphae forage the soil for nutrients and connect with other fungi from neighboring trees hundreds of feet away, to form a subterranean exchange, through which resource sharing is facilitated. This “wood wide web,” without which neither the fir trees nor the neighboring spruce do not grow or resist disease and pollution well, is not a one way super highway. The trees have to deposit something onto that Mobius strip-like conveyor belt that is the needs-supply continuum also. In the case of the fungi, it can siphon up to one third of the tree’s photosynthetic production, including sugars and amino acids, needed for its own survival. (Wakeford, 2001) The fungi is covered. What about the red back vole?

Birds do it. Bees do it. Even one-celled paramecia do it. All living things excrete waste. Trees are no exception, particularly if we use as a working definition of waste as it applies to physiology; “pertaining to material unused by or unusable to the organism,” which begs the question; “What is it that cannot be used?

Trees generate and excrete waste in several ways. Excess water, sugar and other forms of waste are expelled through stomata, a small opening in its leaves, during a process called guttation. Leaves that have reached the end of their lifecycle are relieved of their remaining resources, loaded with the tree’s metabolic waste, and summarily jettisoned to the forest floor, where bacteria, fungi, and small animals feast on their carcasses, fertilizing the soil in which trees grow. However, leaves are not the only dumpsters into which trees unload their shit. Trees also deposit their detritus into the fruit they bear. (Smallwood, 2017) So what does shit taste like anyway? An apple? Much to the delight of the red-backed vole, the turd shaped mature, female cones of fir trees, over the course of a couple of days or weeks, sheds both the scales and the seeds they protect. The cones themselves eventually fall to the ground, only to be gathered and transformed into wreaths and ornaments that adorn our doors during the holiday seasons. (Carpenter, 1996) Of course this is just another example of life’s inexorable march into the future, a future we are able to enjoy, in no small part, because we are totally reliant upon the most well-known waste product that trees

discharge – oxygen. It is just the way life does business.

A Butterfly Flaps (Her) Wings in China…

We live fragmented and disconnected lives on an integrated and connected planet. Of all the species on earth we are the only one that actually produce waste. One might argue that before we showed up, there was no such thing as waste, no DDT, PCB, CFC’s or any of the other eighty thousand chemicals we have invented (Hawken, 1993), toxic, non-recyclable substances that end up in river streams and blood streams, pools of water and gene pools, where they can disrupt hormones and transpose elements. We have disconnected from each other as well; notwithstanding the so-called social media, we hurry pass the hungry and the homeless among us. We treat them with angst and opprobrium, on our way to throwing away millions of tons of perfectly edible food every year, 97% percent of which ends up in landfills, where it is a potent source of methane, a greenhouse gas thought to be a more powerful accelerant of global warming than is CO2, global warming that compromises the planets carrying capacity, i.e. its ability to feed us, global warming fueled by the reckless way we have chosen to live on the planet for the last 200 years or more. Admittedly, we do not know precisely when, where or what kind of butterfly flapped her wings. Maybe it wasn’t China. Maybe it was Russia. Maybe it wasn’t a butterfly at all, but some fat guy sitting on his bed fanning himself. In either case, butterfly flapping or fat guy fanning, we do believe it rippled the primordial waters, spawning super storms with names like Harvey, Irma, Jose, and Katrina. If that is true, then perhaps it is time to stop flapping our lips about whether or not climate change is real. It is! Earth, the planet life chose because its climate was conducive to life’s continued growth and development, has a fever. Maybe if all 7.5 billion of us ought-to-be symbionts make like butterflies and start flapping our wings, we might cool her down. Cutting food waste is a good place to start. Reducing, by just 15% the amount of food we throw away would not only keep 115 million tons of greenhouse gas out of the atmosphere, it could also feed 25 million hungry people. Then again, maybe it is already too late and we are destined to become manna for some other opportunistic, colonizing specie. After all, that is simply the way life does business. 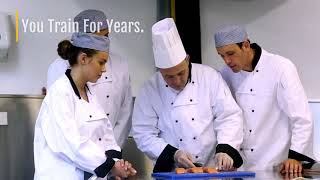